Once upon a time... in the Touraine and Poitou

On the banks of the Loire and its tributaries, the last untamed river in Europe, grand medieval fortresses and Renaissance palaces rise up, under the watchful eye of the great Benedictine monasteries. 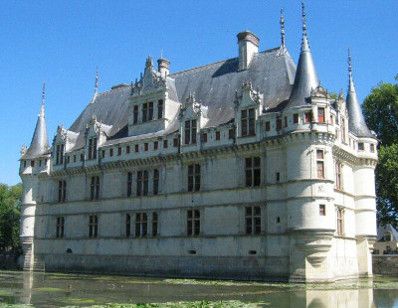 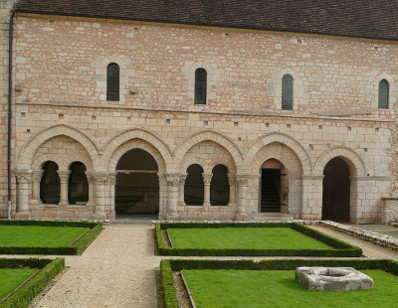 Once upon a time... a family

That brought up their children close to the model city of Richelieu, which bears the name of its patron, the Cardinal. Not far away are the towns of Azay-le-Rideau, jewel of the Renaissance, glistening on the banks of the Indre, and the royal stronghold of Chinon, from whence began the campaigns of Joan of Arc. 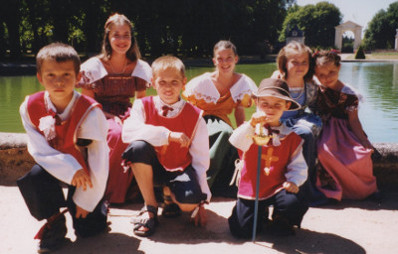 School events, costumed carnivals, sword and cape festivals, Renaissance fairs and dances, traditional fencing, and a common passion for local history lead one amongst us to start their own business in historical costume-making. And lastly, because no fairytale is complete without its friendly birds and beasts,

Not a majestic eagle but a humble and ordinary crow: once the bane of farmers, pillager of freshly-sown fields. 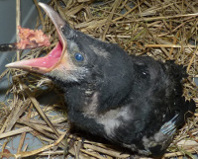 He fell from the nest, and at the mercy of hungry predators, the fate of this poor crow looked bleak. Found and taken into our home, he was nursed back to health again against all the odds...
A proud and restless adult despite his childhood spent in a cage, how could he possibly lead a normal crow's life, especially given the fact that he didn't even know how to fly... 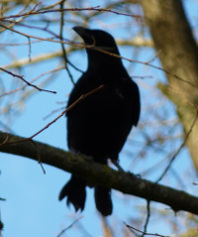 So one day along came a fox who, just like in Aesop's fable, had in mind to make of this little crow a delicious meal. To everyone's surprise, our little timid crow confronted the fox and fought him “beak and talon” and the fable was reversed: the injured fox was forced to give up and leave the poor crow alone - wounded but very much still alive. The lesson was well learned: our crow decided to learn to fly and after an intensive crash-course over several weeks, which is it's own tale of trials and tribulations, especially when he had to be taught to come down from the highest branches. In any case, our pet crow found his wings and now guards his territory from above, and returns daily to watch over the transformations of his old home, turned into a historical dressmaking workshop.